I was born and brought up in the beautiful Lam valley in the village of Swainswick north of Bath. My early years were influenced by these surroundings designated an area of outstanding natural beauty. My family had strong ties with the city of Wells, and the Mendip Hills, and in the early 80’s we moved to the Somerset Levels, three miles from Wells, commuting every day to Bristol to teach. (Teaching students helps you to clarify your own thoughts and responses to a subject or process )

Trained as a painter, and influenced by the Post impressionists, the Fauves, and 20th Century British artists, as Sickert, Ravilious, Coldstream Ken Howard and others, it became important to me to work from direct observation and to develop my technical skill. Familiarity with surroundings is a vital ingredient in the majority of my work. 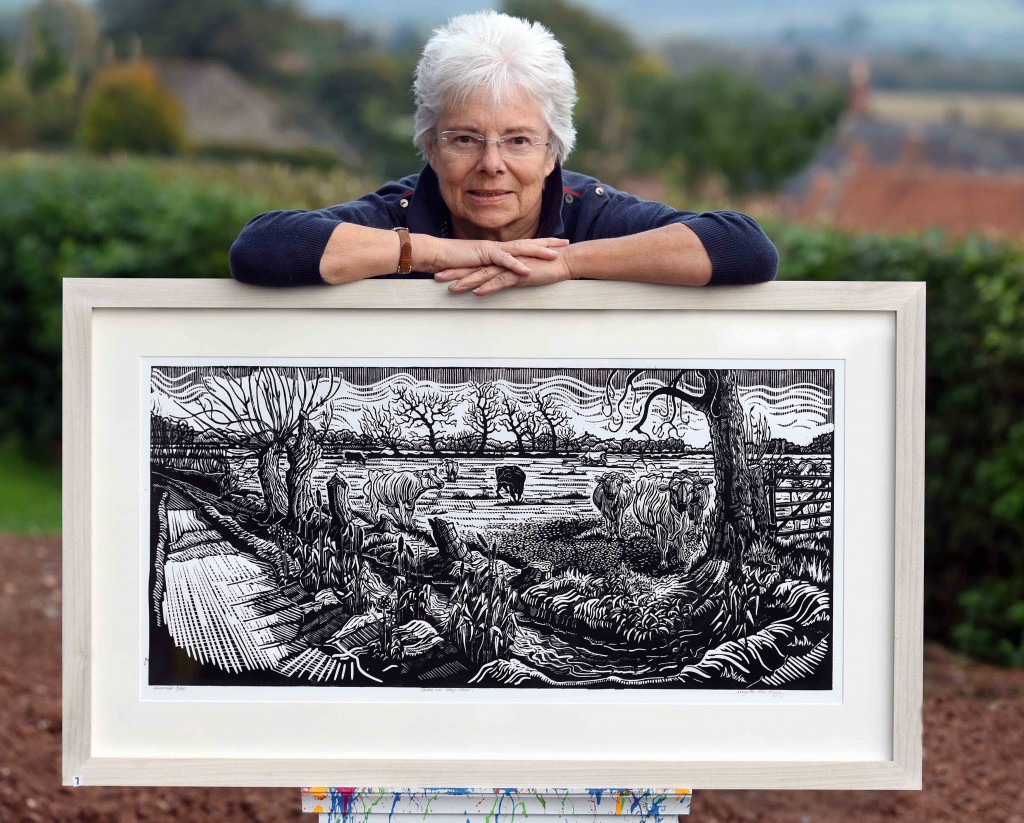 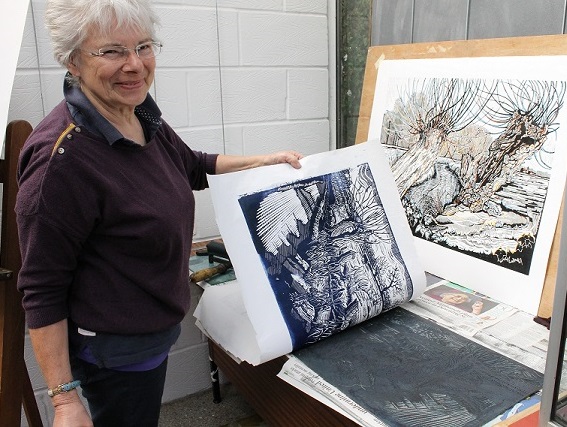 In the early 80’s, a desire to increase my repertoire of technical skills drew me to relief printmaking. The tactile task of cutting a block had a great appeal, and I went on to do two years post graduate training.

Before I draw and record a landscape /natural form for a print I have observed the area at different times of day in different climatic conditions, so, long before the process begins the composition is recorded in my mind. A black and white print from conception to realization may take three or four months. Print size 20”by 30”.

The majority of the colour images are created in natural light. The colour prints are a result of overlays of pure transparent colour, from light to dark; warm colours on one block, cool colours on another. I rarely print green; it is arrived at by overprinting yellows and oranges with transparent blue. Good registration is vital each edition is limited and cannot be repeated. I use Somerset Satin paper from St. Cuthbert’s Mill to print on and their pastel paper for the colour drawings.

I work from abstract responses to colour, shape, space, and form to arrive at realistic images. 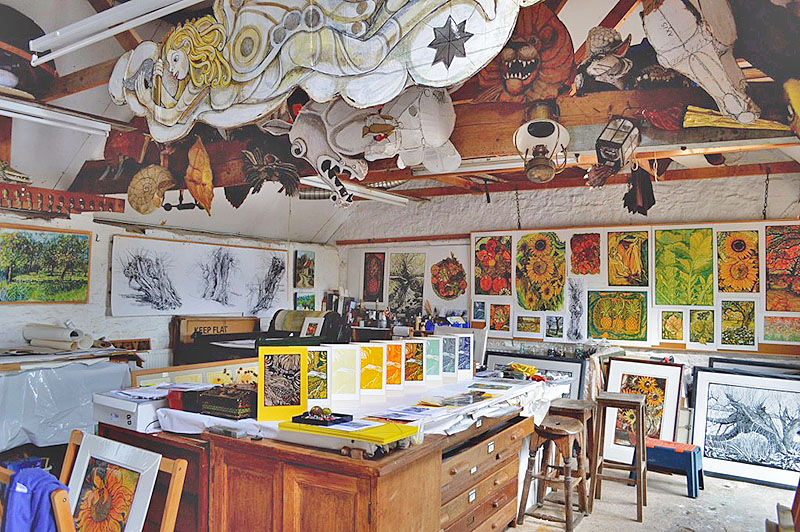